every time i think the rain might be here for the last time, i see another rainy day on the forecast, along with a low snow level, bringing flurries to our local mountains. it’s unseasonably late for rain in los angeles, but as a native i have to say, i love knowing the long summer will have a few extra drinks before the onslaught of heat. last week was a great example of southern california weather, where it can rain in one place, snow in another, and the sun’ll come out tomorrow.

the drive up was overcast with scattered showers. i always pass these rocks on the side of highway 138 on the way up, but they were particularly striking with the dramatic sky. if they look familiar, they’re on the back side of angeles crest forest, and i believe they’re geologically related to vasquez rocks to the west.

it’s not exactly world-class skiing, but at 85 miles from downtown, mountain high is one of the closest getaways with a decent snow cover. i was already surprised they’d be open till late april, but it even snowed a few days before closing weekend, so it looks like they decided to stay open another week. i took thursday afternoon to finish off my unused points and said what i thought were my last farewells to local snow with some pics on the mountain during a light snowfall [i might try to sneak away one more time].

this delicate little tree was protected by several other larger ones. i love the twigs and branches encased in ice.

not just a few days later, it’s another sunny spring day [the sun has been trading off with the rain]. i have been walking the same trail in elysian park by my house for years, but recently decided i wanted to look for trail maps of the park and mix it up. what i learned was that the trail i’ve been taking is part of the larger historic portola trail. 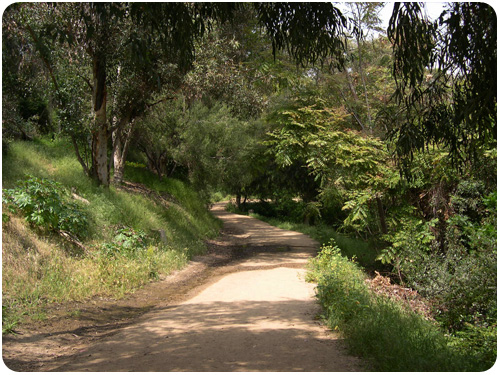 there’s a pretty good loop west of stadium way that starts at the end of my street, attended by trail runners and off-leash dog walkers alike. it winds around to the north edge of the park where you can enjoy a ridge with a view across elysian valley to glassell park. usually i take the trail back into the trees where it lets out at the bottom of the palm tree hill, which i cross to get home, but lately i have crossed stadium to the east to continue a trail that ascends into the hills again. 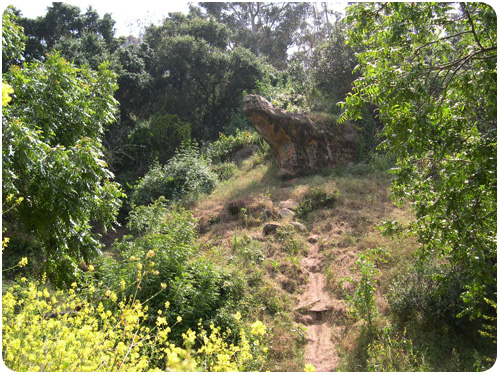 once you climb well above stadium way, the hills are quite green, covered with black walnut trees, mustard blooms, sprawling wildflowers and vine-covered rocks. the trail narrows around the north side of the hills again, and continues on to merge with some of the paved roads in the park. usually would have continued with it, but today’s walk happened earlier in the day than usual, and i had this weird feeling i might see a snake, which is odd because i never see snakes, but …

SNAKE!! since the weather has been cooler, i kinda figured the cold-blooded critters would be out, soaking up any sun they can get. i am not familiar with snake species or how to deal with them, so while i’m sure this one was probably harmless, i took no time in deciding that an about-face was in order. fine by me, i’ve got a lot more exploring to do other places in the park. 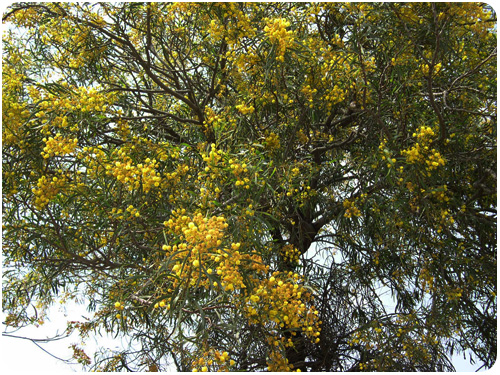 i took the trail back out to the street and walked up angel’s point road to a northerly lookout point. nearly all the acacia tree blossoms have wilted back, but i found a good specimen with the characteristic robust yellow pompoms.

these blossoms are so delightful, and they’re everywhere in elysian park at the beginning of spring.

i walked park row drive to just before it crosses the 110 freeway, where i saw a trailhead entrance that passed by the reservoir. i figured i’d take it and see where it went, and was pleasantly surprised to be let out where i usually drop off on portola. so there, i found yet another wing of the trail [i hadn’t referred to the map in awhile]! now i just have to do the last third and check out the historic monument. i’d have taken more pics today, but it was rather hazy out. but still beautiful, make sure to get outside and enjoy it!

2 thoughts on “the fickle change of seasons in LA”